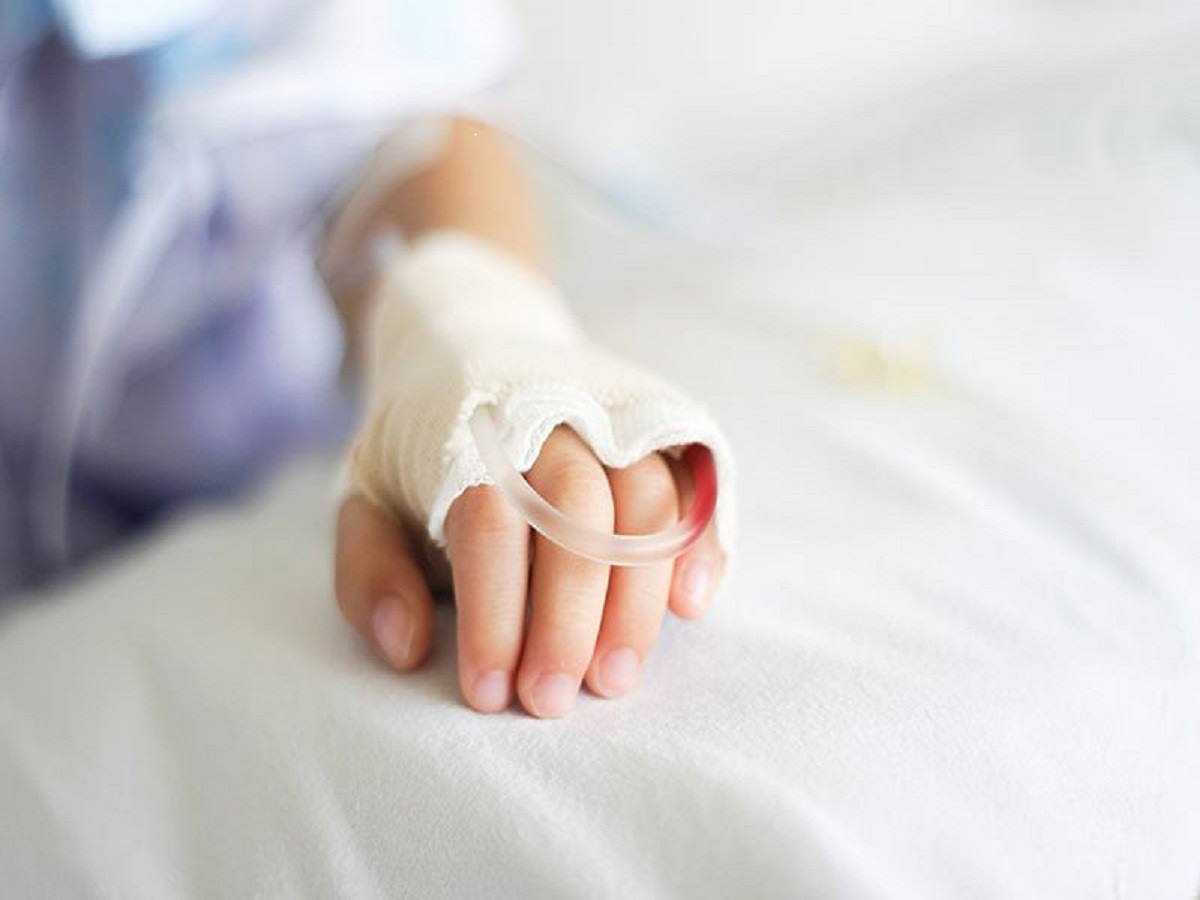 The doctors heard nothing in Forrest’s lungs, and an hour later, they were about to send us home. The nebulizer treatment did wonders for his breathing, and he seemed comfortable. Just to be sure, the ER doc ordered a last-minute x-ray.

She didn’t come back for a long time.

A lot happened in those next few hours. Scrambled phone calls and wide-eyed declarations. Radiology reports from the next biggest hospital an hour and a half away. Orders for stat CT scans. Adamant instructions from the nearest children’s hospital in Spokane, Wash. Desperate attempts to reach my husband in Afghanistan.

Forrest had a tumor—a huge one—filling almost his entire lung cavity. It was suffocating him. The seething, pulsing, duplicating mass was wrapped around his esophagus and trachea, reaching down around his heart and constricting his airway to the tiniest coffee straw pinhole. They couldn’t intubate; the point of constriction was too far down. They definitely couldn’t sedate.

After a huge dose of steroids, they rushed us into an ambulance bound for Spokane’s Sacred Heart PICU four hours away. The snowstorm raging outside rendered the LifeFlight helicopter useless. We hit every single pothole in that 150 miles.

Hours later, after a flurry of activity and tests, it was finally just Forrest and I in a calm, darkened room. The lead oncologist came in alone. Forrest dozed off, and Dr. Ross told me it was T-Cell Acute Lymphoblastic Leukemia. But what he said after shook me even more.

“We estimate your son’s tumor grew in the last 6-8 weeks,” he said. “In another day, maybe two, it would have closed his airway entirely. He would have passed in his sleep and you could have done nothing.”
That “little cold” saved his life.

That was two years ago this Christmas and still typing it out today makes my eyes burn and my chest heave. Since that day, my son has had a cauldron of chemotherapy, steroids, experimental and peripheral meds pumping through his body every single day. He’s lost all his hair twice, has had nearly 20 spinal taps, horrific side effects, and more pokes and procedures than I will have in a lifetime.

But as I am typing away, he is playing with the rest of his kindergarten class at Glen Lake School, and no one would be able to pick him out as “the kid with cancer.” We look at Forrest now and see miracle upon miracle. There is no denying God’s supernatural grace, and—partnered with modern medicine, his incredible oncology teams, and an army of prayer warriors —it has left us in awe of what might have been instead of what is.

Tonight was “big pill night,” which means 10 pills and round the clock “tummy medicine” tomorrow.

Last week took four different pokes for blood labs and IV chemo. Forrest sits stoic and grim-faced, beads of sweat on his brow. They talk about which vein, and he counts the nurse down from three each time.

In two weeks, he’ll go back on his monthly high dose steroid pulse. The side effects of this make chemo look easy.

Forrest is a resilient little warrior with a very optimistic prognosis. But his type of T-Cell ALL requires three and a half years of ongoing daily treatment. With this same diagnosis in the 1960s, Forrest would have survived three months. Now, his form of ALL has an 85 percent success rate.

But ridding Forrest’s body of this cancer will require nearly half of his life to date and most likely eliminate any memory he has of life before it. There is a sobering maturity in Forrest’s eyes that belies the one little hand of fingers he proudly shows when asked his age.

Last year was a hell I wouldn’t wish on anyone. This year is thankfully different; we can breathe again, and some days even pretend, but “normal” is a fuzzy, taunting mirage.

A diagnosis like pediatric cancer doesn’t stop at the little body it has attacked. And the toxic antidote it requires can too easily infuse its poison elsewhere: marriage, finances, dreams and plans, and even our beautiful 3-year-old daughter whose childhood will also be forever marked.

The inevitable reminder of those facts always feels like a strong sucker punch; the energy and stamina required is daunting… but the alternative is never far from our minds either. We remember the beginning of the story, we remember the miracles, and we remember the grace that pours out to face each day.

Though the devil would like us to doubt it, we have never been in this battle alone. Not for one single day. We are grateful and determined not just to survive this season, but instead, to thrive because of it.

“When I turned around, the kids had built a fort out of my photography gear,” said Beth Price, photographer. “It was amazing to capture Forrest’s happiness just being a normal kid!”

Earlier this year, Forrest became Michigan’s 10,000th “wish kid.” His wish journey and the Make A Wish team is just one example of a critical support team that makes such a life-giving difference on a journey like this. Forrest’s adamant wish—to be a chef—came true as Make A Wish MI created a five-day culinary experience for him with some of Grand Rapids’ best and brightest chefs.

Forrest has had cooking adventures all over the state as more chefs have heard his story and invited him into their kitchens, and he’s been able to inspire more wishes for more kids with critical illnesses. As is true for every pediatric patient, cancer has stolen a part of Forrest’s childhood, but his Wish Journey, and everyone who has come alongside us, has helped to bring it back.

We never would have survived this journey without an army welling up to stand alongside us every step of the way. We are so thankful for that. We aren’t guaranteed tomorrow. No one is, and we feel that acutely. So, we take on today, choosing joy and gratitude, intentionally and knowingly. And as each morning comes, there are new mercies indeed.

Nicole White moved to Leelanau County three years ago with her husband, Bo, and kids, Forrest, 5, and Finley, 3, after living abroad and all over the country as active duty military. Nicole is a writer and a small-business owner with a nomad soul and a passion for connecting people through stories of the heart. And she is now a cancer mom who is continually learning to find beauty in the brokenness. You can find her @my nomads_and_me on Instagram or email her at nicolekwhite@gmail.com.

This is our cover story for the NovDec19 Holiday Issue. To see the full issue go to: https://www.grandtraversewoman.com/nov-dec-2019-issue/